Shortia galacifolia (Oconee bells or Acony Bell) is a rare plant of the Southern Appalachians in the family Diapensiaceae. It is a relict herb which long bewitched Asa Gray, the eminent American botanist, a saga detailed in the paper "Asa Gray and his quest for Shortia galacifolia" [Arnoldia Vol. 2, 13-28. 1942]. Gray had seen a fragment of the plant in the Paris herbarium in 1838, and had long sought it in the wild in the mountains of North Carolina. The fragment seen by Asa Gray was discovered by André Michaux in the mountains of North Carolina and thought to be one of the last living specimens of the plant with fruits but no flowers. It was not rediscovered until 1877 on the banks of the Catawba river in Marion County, North Carolina by George McQueen Hyams. http://en.wikipedia.org/wiki/Shortia_galacifolia 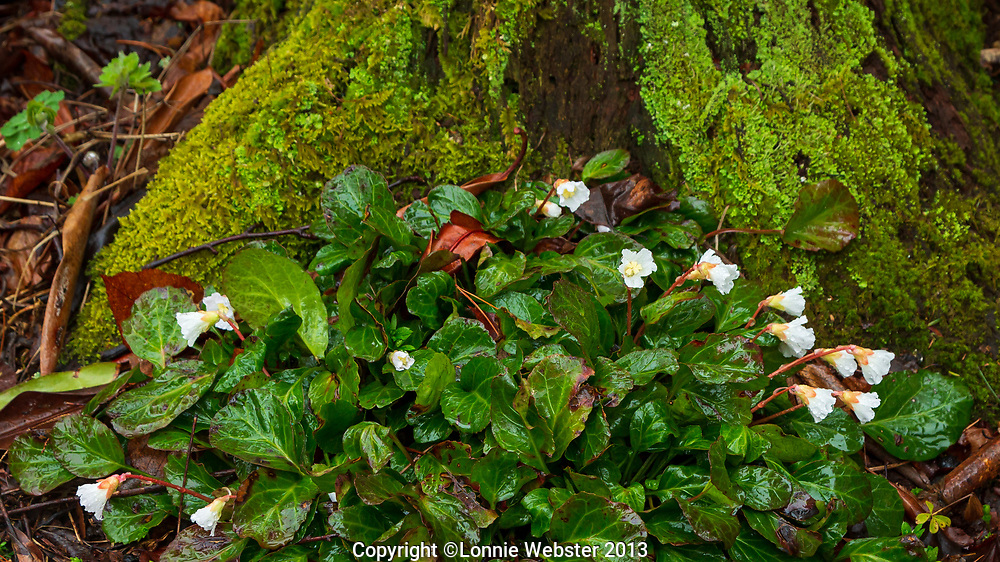